DNA Spaces - Hospitality | Cisco Systems - This was to demo DNA Spaces. "use location analytics to gain more insights into the behavior of people and things and how they interact in your physical spaces."

SD Wan | Cisco Systems Demo - This demo is to demonstrate some of the cloud technology that Cisco has. I was provided diagrams that would need to have been created as a 3D environment. The women speaking is using a special alpha converted video.

EN Story | Cisco Systems Demo - EN Story was a demonstration required by a PM at Cisco to help demonstrate the technology at work behind airports that use Cisco.

I joined Cisco Systems as their VR Tech Director to create several different short VR experiences that help demonstrate their technology.
I lead the VR applications, and shortly after brought on a Unity Developer to help me with functionality. All demos are running on the Oculus Quest. Software i used were: Maya, Unity, Substance Designer / Painter, Github, Photoshop, Adobe Premiere, Adobe XD. I used Trello to manage our tasks.

My responsibilities were to take existing diagrams, and help turn them into visualizations in which users could experience at Cisco Live. I am responsible for the 3D artwork, textures, lighting, and some of the functionality. I also write the technical requirements that are needed to meet the needs of our demo. I am in charge of handling our repositories, as well as finding different techniques to solve problems we may run into with building these applications on the Oculus Quest.

One of the technically difficult scenerios i've had to solve were having a large city scene underneath the player. In order to have a fully 3D environment we needed to use a tool called Amplify Impostor. This tool would turn the buildings into images which would fake a 3d asset.

Due to the quick prototyping, sometimes we were required to buy assets from different marketplaces. Often times when we would do this, the assets were not optimized for running in real time. This required having to manually clean up several assets to fit our scene requirements.

I was also responsible for redesigning the UI elements you see in the DNA Spaces demo. The requirements for the floating UI to demonstrate annotations were built by me, but implemented by my colleague.

These demos were technically challenging considering our time frames were incredibly short so we could show to executives that would be involved in doing the demos live at Cisco Live. 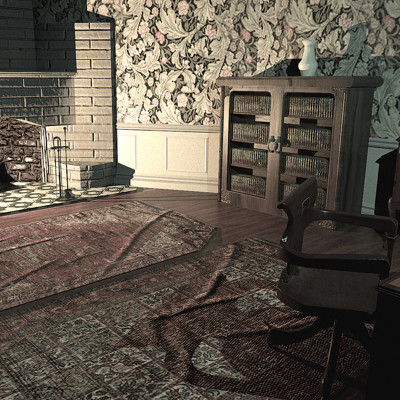 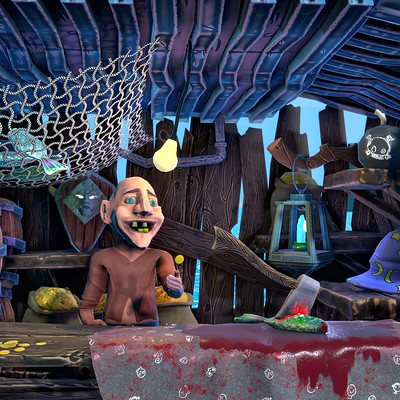